What is SWIFT And How Does it Work?

Simply put, SWIFT is a popular wire transfer and messaging network used by financial organizations. The reason for them to choose SWIFT is because of the security transit it offers to the information. These security transits are standardized and transitioned by a system of codes.

How does SWIFT work?

Well, SWIFT as a network assigns a unique identification code to each financial institution. Let us explain the magic of SWIFT through an example:

Suppose you are based in California and hired a freelance techie from Asia to work on one of your projects. After the deliverable is done, you want to pay the freelancer as smoothly and swiftly as possible. This is where SWIFT comes into place. You walk up to your nearest bank with the freelancer’s unique SWIFT code. This is the code given by the system to your payee’s bank in Asia. Once you submit the code, a message is sent to the bank in Asia and payment is released immediately. It is important to note here that SWIFT is just a messaging system and has no connection to your funds or securities.

Generally, the code SWIFT assigns to the individual bank account is of 8 or 11 characters. Also known as ‘BIC’, short for Bank Identifier Code or simply SWIFT code, the logic behind it is described here:

As mentioned here, every SWIFT code starts with four letters of the bank name, short for the country of origin, and branch city.

Who are its target users?

SWIFT is the go-to system for financial institutions. Apart from banks, various places where SWIFT is used include trading houses, asset management firms, stock exchanges, foreign exchanges, treasure market and depositories. Due to how the system was created back in the day, the service is fully scalable in all aspects.

Is SWIFT the first messaging system?

Like every other thing that changes for better, SWIFT has improved the functionality of sending funds across the border by many folds—originating from the idea from early days of messaging systems when ‘Telex’’ was a big name in the finances transfer business. Over the years, ‘Telex’ lost its credibility due to numerous features such as slow transfer speeds, compromised security measures and cluttered system. In those days, if you had to send some money over, you would have to define every transaction in huge sentences. Once done, an interpreter generally uses it to understand the sentences and then process the payments. This led to a lot of human errors and concerns.

Founded in the year 1973, SWIFT emerged as a great way of sending money to anyone across the globe.

Why does SWIFT have a stronghold in the industry?

Fedwire, CHIPS, and Ripple are just some of the many payment messaging systems available in the market today. Still, the popularity of SWIFT is dominant due to its simplicity. It has been a number game for SWIFT in terms of being the dominant figure in the payments space. Started as a payment instruction system, today SWIFT is facilitated by its constant innovation and usability.

Who owns and controls SWIFT?

SWIFT was jointly created by European and American banks that did not want a single institution developing its own system and gaining a monopoly.

It is overseen by the National Bank of Belgium, in partnership with some of the world’s major central banks like the US Federal Reserve and the Bank of England.

SWIFT makes secure international trade possible for its members and does not take sides in disputes.

However, Iran was banned from SWIFT in 2012, as part of sanctions over its nuclear program. And most recently, a number of Russian banks were excluded from SWIFT.

Several western and European countries announced sanctions on Russia in response to its invasion of Ukraine. The sanctions include blocking some Russian banks from the SWIFT system, which is considered the harshest financial penalty on Russia till date.

How will the SWIFT ban affect Russia?

The SWIFT platform sends over 40 million messages every day to facilitate transactions. More than 1% of those messages are thought to involve Russian payments.

The SWIFT ban means that Russia will not get access to international financial systems, and Russian companies and citizens will find it hard to receive payment for their exports.

The ban is thus expected to hit the country’s economy hard given its heavy reliance on SWIFT for its key natural resources trade, particularly the payments for its oil and gas exports.

Although alternatives to SWIFT have been tried in the past, none have proven to be as effective. Russia, too, has worked on options in the last seven years, with its Central Bank creating the System for Transfer of Financial Messages, an equivalent of the SWIFT system.

Russians are also reported to be collaborating with the Chinese on a possible venture to potentially challenge SWIFT.

Until now, none of the alternatives have been effective enough to replace the SWIFT system. Let us understand what makes SWIFT indispensable by considering the services it offers.

The services offered by the SWIFT system include:

SWIFT facilitates a variety of applications such as realtime instruction matching for transactions including Forex. Other than this, the messaging system also offers banking solutions for payment processing and secure transaction infrastructure.

The recently introduced dashboards offered by SWIFT allows clients to view the dynamic and real-time monitoring of transaction messages. Other than this, SWIFT also facilitates trade flow inquiry and reporting. The reports can also be filtered regionally, country wise and additional related information.

SWIFT also offers safety services such as KYC (Know your customer) compliance on transactions. This help protects banks from crimes such as money laundering and fake transactions.

SWIFT is designed to provide a reliable and secure experience for the smooth movement of messages via networks. It offers multiple products such as software, and hubs intended towards sending and receiving glitch-free transactional messages.

SWIFT has been the torchbearer of the transaction messaging systems throughout the world till date. If you are looking to pay your contract workers across borders or anywhere, SWIFT is a reliable way to do so. With the launch of many products, SWIFT seems to be on the way to glory. However, IBAN is also a good option if you are looking to transfer payments within Europe.

SWIFT is undoubtedly the global financial artery that allows you to transfer money smoothly to all your contractors across borders. If you would like to know of more ways to pay your overseas contractors, this article is worth a read, What Are The Best Ways to Pay Contractors in a Foreign Country?

In addition, if you would like to know how to manage payments and compliance as a remote company, we have just the article for you. We also have this comprehensive guide on hiring independent contractors.

At Starkflow, we provide a one-stop solution to all your hiring and payment needs. We are a payroll ecosystem offering end to end contractor management solutions.

Feel free to reach out to us here, and we will be happy to help streamline your hiring, payments, and payroll needs. 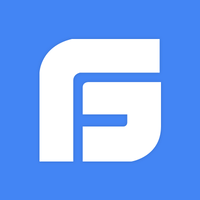